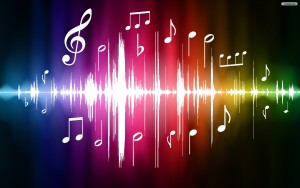 The music that accompanies both the Ram Muay and the Muay Thai match itself is called sarama. This kind of music is generally played by four musicians, often live, as the music should follow the excitement of the fight. It can also become more intense to encourage the fighters to attack one another. This music is part of the Muay Thai tradition, and is played before, during, and after every fight.

Those who are not familiar with the tradition might find it strange, especially because boxing matches in the west are never accompanied by music. The sarama is there, however, to add to the atmosphere and drama of the match and to provide music for the Wai Kru Ram Muay that takes place before the match. The Ram Muay is a traditional dance performed by the fighters before they actually begin the match, which shows respect to the teacher, family, and religion of the fighter himself or herself.

There are four different instruments that are played for sarama. The first is the Pi Java. This instrument is near an oboe or clarinet in construction and sound, and is the main instrument. All of instruments are designed to enhance the Pi Java and its sound.

The second instrument is the Klong Kaak. This is a pair of drums. There are usually two drums in each band, with a larger version and a smaller version being the most common. They are played using the musician’s hands, rather than with a mallet or stick.

The third instrument is a Ching. This is a cymbal, usually made of brass. This instrument is used by the brand member who is also acting as the conductor. He sets the tempo and indicates who quickly or intensely the music should be played.

The last instrument is the Kong Mong. This is a third drum, louder and deeper than the others, that is used to heighten the intensity of any fight.

All together, these instruments are designed to increase the tension and drama of a fight. The music that they play reflects what is going on in the ring, and sarama is an integral part of every Muay Thai match. During the Ram Muay, the music is usually slow and haunting, but becomes faster and even frantic during the most exciting parts of the fight.
https://www.youtube.com/watch?v=n4IU_6r2Lug